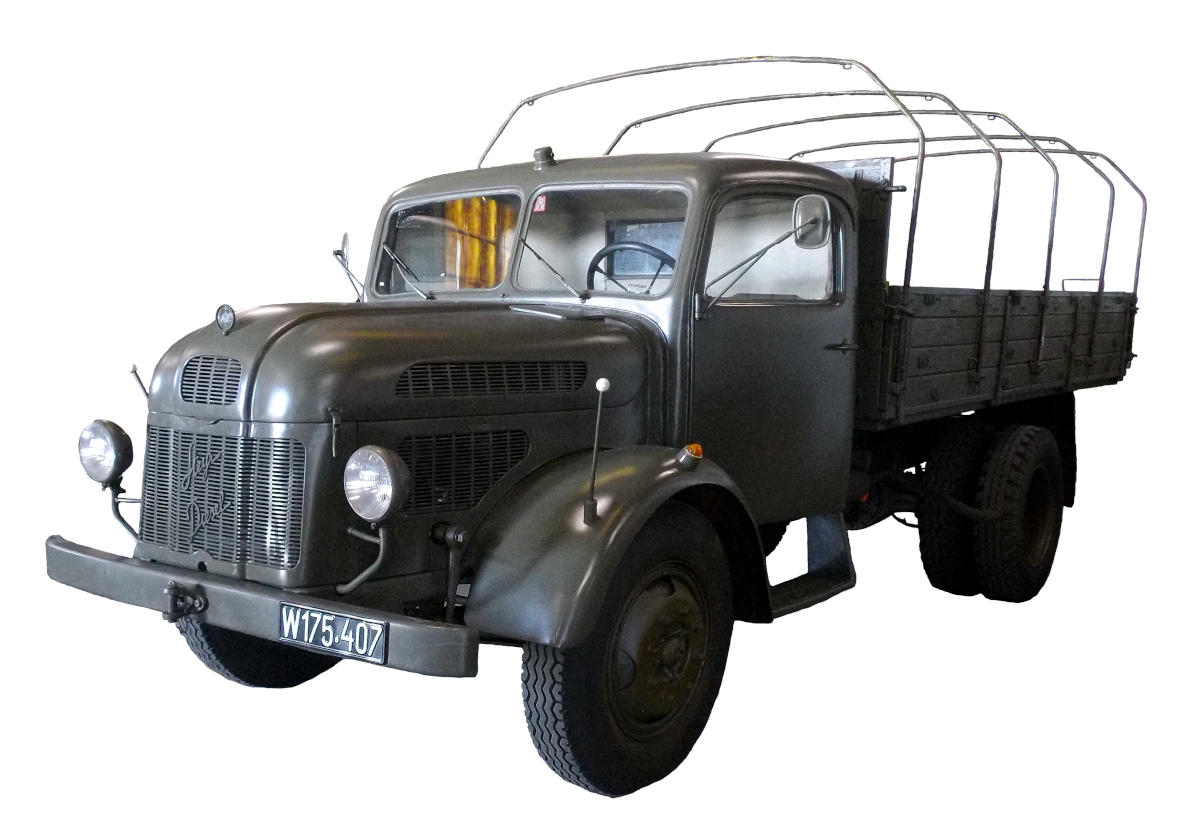 The Type 370 was never formally introduced by the Army as by the mid-1950s the Steyr Type 380 with its new diesel engine had already been presented, and introduction of the Type 480 was just a couple of years away.

Only a handful of Steyr 380s were actually procured by the Army, mostly for service with the „B-Gendarmerie“, the heavy police force predating the Austrian Army before signature of the State Treaty and the departure of the allied occupation forces in 1955. Our vehicle was delivered on January 11 1956 to the Defense Office at the Chancellory – as the Ministry of Defense had not yet been established. On December 4 1958 it was licensed by the MoD with the plates W 175.407, and in 1974 re-licensed to the new Army plates BH 75.407 (with „BH“ standing for „Bundesheer“ or „Federal Army“). In 1978 – after twenty years of Army service – it was decommissioned and sold.

Its 1956 date of manufacture makes this truck the oldest Austrian-produced vehicle in our Collection.