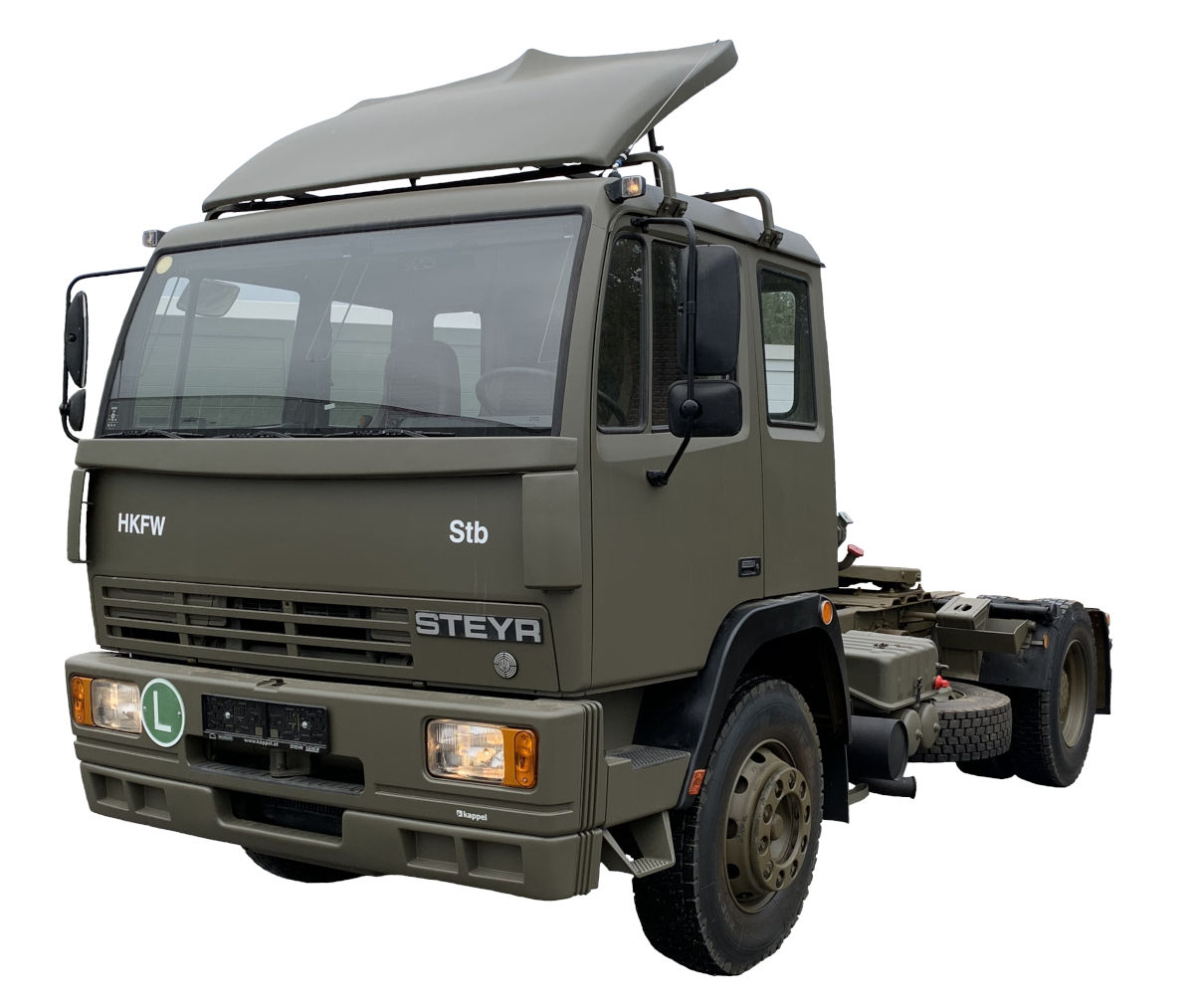 After a couple of years tuberculosis-screening had become redundant, and these units were parked. After several years "in limbo" (which were mainly spent trying to ascertain whether there were any radioactive parts in the x-ray equipment that would preclude these units from being sold to private individuals), they were finally cleared for discharge. Our vehicle (tractor BH 83.324 and trailer BH 94.548) was first licensed on August 13 1992, discharged from active service on December 22 2015 and auctioned off in early 2016.

In 2018 the tractor unit was completely refurbished into its original "mint" condition and is now part of our collection of Steyr vehicles. The trailer was completely emptied and converted to an accommodation/sleeper arrangement.