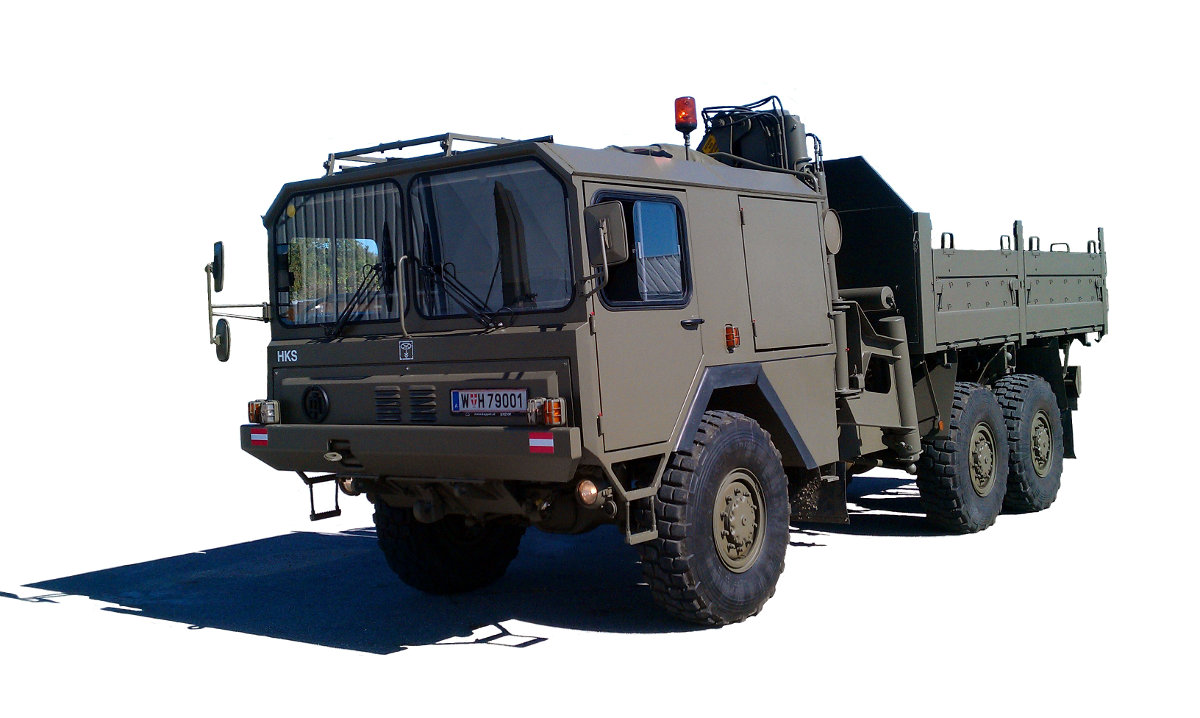 For the general background on the development of the ÖAF gl sLKW 20.320 see the section on the G1 model. The G3 version with the heavy 17 mt hydraulic crane was mostly assigned to the Engineer Battalions. When looking at the crane mounted behind the cab, it’s obvious that the massive construction represented the state-of-the-art in hydraulic cranes in the early 1970s. To be able to store the crane behind the cab when not in use, its main arm has to be folded in two – an activity that required a lot of effort. As a result, most G3 drivers laid the crane on the loading platform during transit.

At the time of its introduction to army service in 1976, the G3 was the only high-mobility crane platform and mainly used for bridge laying operations, to transport and launch engineer boats or during disaster relief operations.

Our vehicle was issued to the Army Driving School in 1979 and remained in use for training truck drivers until 2008. As more and more of the G3 types wore out, it was then transferred from the Driving School to the 2nd Engineer Battalion in Salzburg, where it remained until its retirement in 2015 when it came to us and was restored into its original Driving School markings.