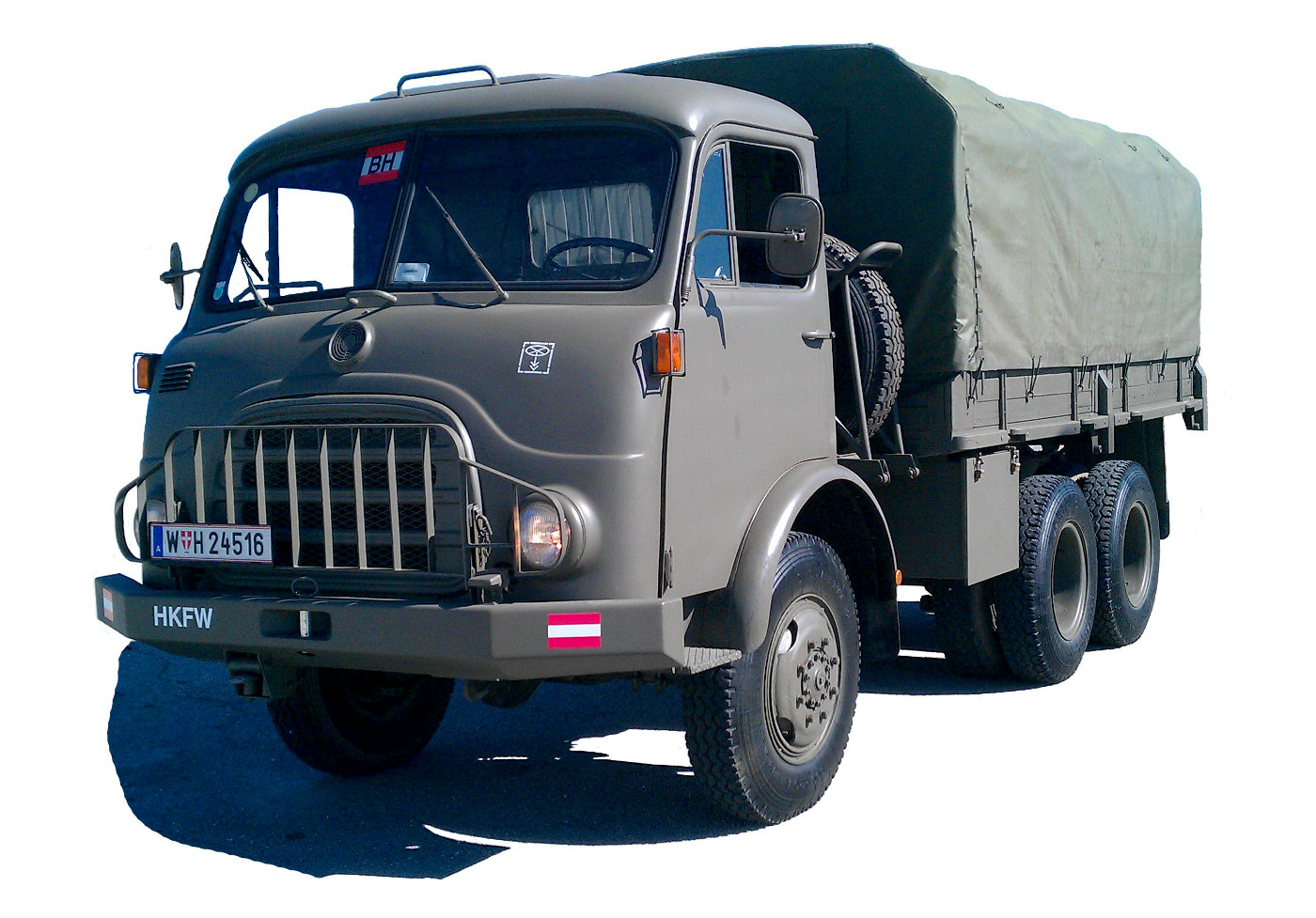 The Steyr 680 was the backbone of Austrian Army motorization for four decades. First prototypes entered trials as early as 1963, introduction of the vehicle as standard 4x4 and 6x6 truck started in 1967. Many generations of army drivers grew up with this truck.

The truck saw service in a multitude of different versions, with 2-1/2 t (4x4) and 3-1/2 t (6x6) payload, with short or long cabs, with and without winch, some with hydraulic loading cranes and several special types. It was powered by an inline 6-cylinder diesel engine with 120 HP (naturally aspired in the 4x4 versions) and 150 HP (turbo-charged if the 6x6 versions).

The truck’s off-road capabilities (especially of the 6x6 version) were legendary, the unsynchronized 6-speed transmission and the required utilization of the low gears in extreme inclines were a real challenge for truck drivers.

By the late 1970s, first discussion started about a possible successor for the “680”, however it was quickly decided to replace the whole platform with a modern truck. Trials began in 1985, and by 1986 the first of the new Steyr 12 M 18 trucks entered into Army service. Nevertheless, the faithful Type 680 continued in active service until 2007 when the last 20 trucks were sold off, ending four decades of army service

Our vehicle is from the earlier version, and it regularly participates in exhibitions during the Austrian National Day on October 26 downtown Vienna.