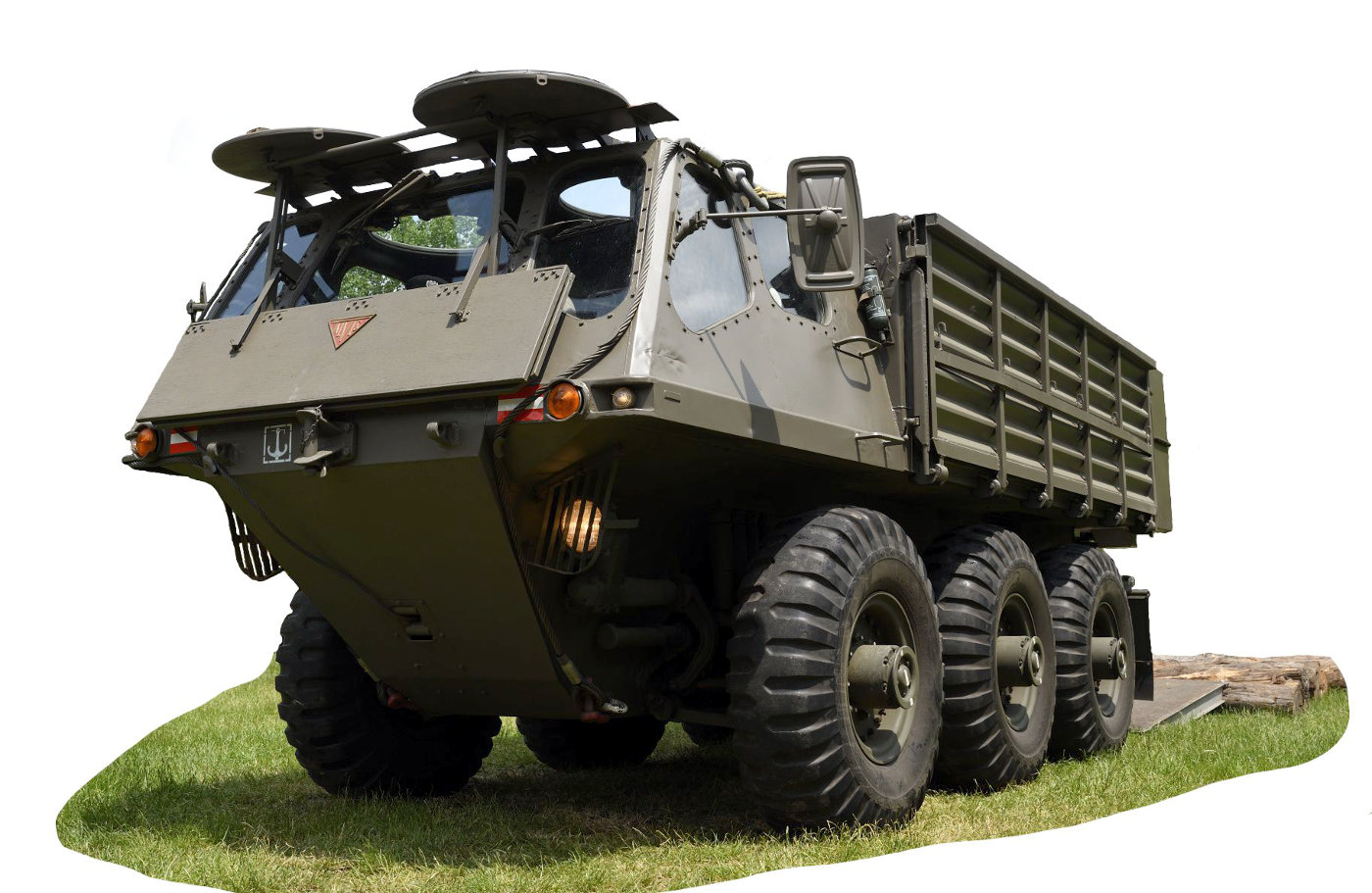 By the end of the 1950s, the British military evaluated scenarios how to supply the units of its Army of the Rhine stationed in Germany in case of an all-out attack of Warsaw Pact forces. It was generally accepted that all major road bridges in Western Europe would quickly be dropped during the early days of such a conflict, severely restricting any supply operations. Even before the Army officially issued a request, British manufacturer Alvis began development of a high-mobility and fully amphibious truck with 5 tons payload capacity.

The 6x6 chassis that this truck was based on was identical with the chassis of the previously developed FV 601 “Saladin” and FV 603 “Saracen” armored fighting vehicles. After extensive trials, the “Stalwart” was introduced to the British Army in 1966 as a supply and maintenance vehicle. Its excellent amphibious capabilities were based on a water-tight hull with two water-jet drives, allowing the vehicle to move through the water at 6 knots.

The vehicle is powered by a 6.5 liter inline 8-cylinder Rolls Royce B-81 Mk.8B gasoline engine with 220 HP and can reach a maximum road speed of 65 km/hr – however the very indirect steering makes driving at such speeds interesting to say the least. Power is transmitted permanently to all six wheels via a manual-shift transmission and a forward/reverse gear box, each axle is equipped with a transverse differential, but no compensation exists between the axles. While this was not seen as a major drawback when operating off-road on soft ground (where wheel spin would provide adequate compensation), when driving the fully loaded vehicle on paved roads, the three axles would wind up against each other resulting in damage to the drive train. White lines painted to the wheel hubs allowed monitoring of such windup, and drivers were known to carry railroad tracks onboard that would be laid on the ground and the vehicle driven over them – resulting in first the front and then the rea axle lifting off the ground and allowing the drive train to unwind (alternatively, sidewalks and any other available uneven road surfaces were used).

The whole concept of an amphibious supply truck was quickly rendered obsolete soon after its introduction by the appearance of more powerful mobile bridge and ponton systems. A total of approximately 1100 Stalwarts were manufactured and delivered to various armies.

In 1966 the Austrian Army decided to evaluate the FV 622 as an option for conducting operations in den Danube marshes. Three vehicles were acquired and trials commenced by the Army Engineer School (“Pioniertruppenschule”). Unfortunately a fatality occurred during the trials, and as a result they were quickly terminated and all vehicles sold off.

Our Stalwart Mk II still has its full amphibious capabilities and carries the tactical markings of the Army Engineer School.