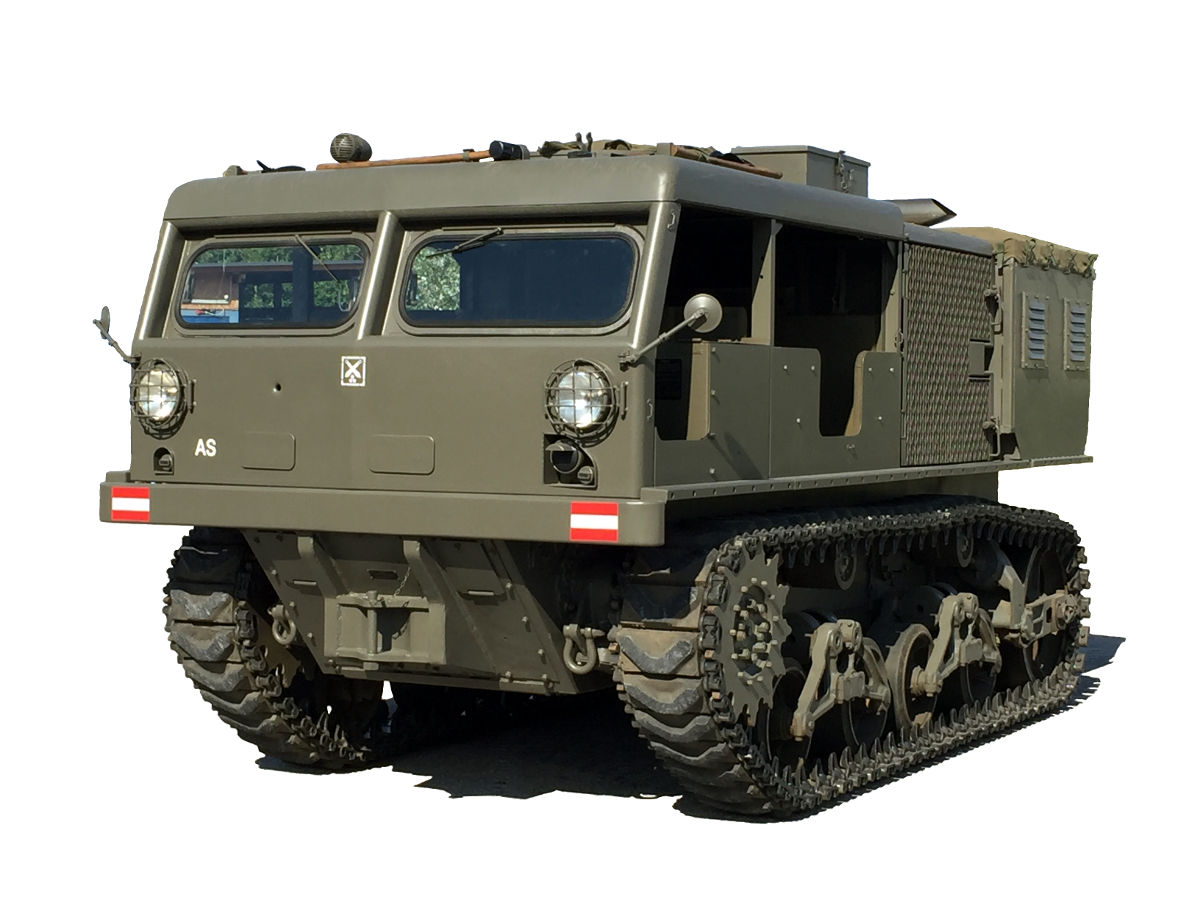 In 1942 the Allis Chalmers Manufacturing Co. in Milwaukee developed the “M4 High Speed Tractor” based on the chassis of the M2 light tank (in this reference, “high speed” referred to the difference to previously horse-drawn artillery). Its maximum gross weight of 18 tons allowed this vehicle to carry the ten-men gun crew as well as the ammunition for towed guns (155-mm field gun “Long Tom”, 155-mm and 8-in field howitzer).

These vehicles saw their war-time service in Europe 1944/45 and also later in Korea, between 1942 and 1946 approximately 5500 vehicles were produced.

The M4 High Speed Tractor is powered by a Waukesha 145GZ inline 6-cylinder gasoline engine, producing 210 HP from 13.4 liters volume, as with all large gasoline engines of the time hampered by its enormous fuel consumption of 100-150 l/hr.

A heavier version of this tractor was the M6 HST 38 t, which consisted of an extended chassis (with a third bogey) and driven by two identical Waukesha GZ145 coupled to a common transmission and torque converter. The M6 was manufactured only in small numbers and used as tractors for the super-heavy artillery battalions, towing their 240-mm field howitzers.

After WW2, many M4s were given to several European armies. In 1955 the newly formed Austrian Army received its complement of M4 tractors to tow the American “Long Tom” field guns of the Artillery Regiments. Our M4 made its way from the Normandy landing in 1944 until the end of the war in Austria, was then part of the American occupational forces and in 1955 was given to the Austrian military where it saw service until 1970. In that year, all remaining M4s were returned to the US Army and shipped back to the US, where they were auctioned off.