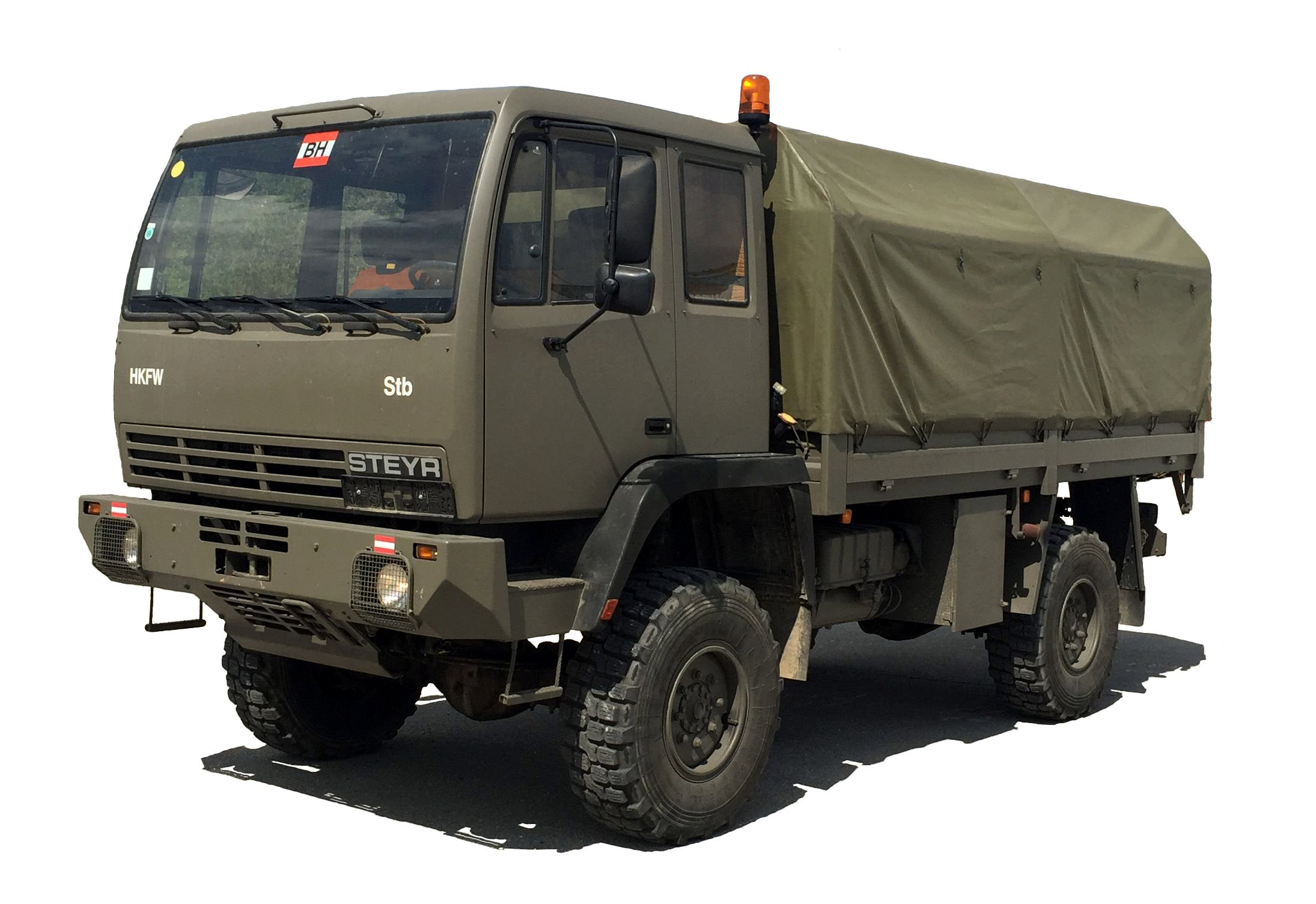 Starting by the end of the 1970s, a replacement was needed for the Steyr 680 trucks that had been in use for 15 years and a tender was issued for a modern, high-mobility medium truck with a payload of 5 tons. Army trials of four prototypes (Steyr, ÖAF, Mercedes-Benz and IVECO/Magirus) commenced in 1985, and Steyr was awarded the contract for its 12 M 18 series. The typical Steyr nomenclature identifies the truck as a 12-ton chassis, military configuration and 180 HP engine power. The new cab design had just prior been developed for the civilian medium-weight Steyr truck platform, and shortly thereafter was also adopted by MAN for their medium-weight truck series (after the takeover of Steyr by MAN).

Starting with 1986, the 12 M 18 was issued to the troops and was utilized across all parts of the Army, transporting troops and materiel. However, the existing Steyr 680 trucks still remained in use for twenty more years until 2007, when the last vehicles of that series were retired. By 2005 already the next generation of medium army transports was developed to replace the 12 M 18. Two vehicle types were introduced, the MAN TGM 12.240 and the Mercedes-Benz Unimog U4000.

Our 12 M 18 is part of the first batch of vehicles delivered in 1986, issued to the Communications Regiment in November of that year, where it saw service until 2013 when it was retired and found its new home with us.